Food in the office is a special thing. I think in any office it is. In Razor, we have food related rules and regulations, even more than in coding, and people are organized in groups.
We have two major groups. “More is less” group – or healthy, fresh, dietary (or we’re really trying to be) food group of people and, of course, “more is more” group, who represent “real” Serbs in all their glory of overeating. We also have (don’t be shocked!) 2 vegetarians in the office. One is occasionally cheating 🙂

Believe it or not, food is the most talked subject in the office, ever. Really. We talk about food at least 4 times throughout the day. What we had for breakfast, was that healthy/too much/other or are we considering the Hobbits rule: second breakfast. Most likely we do. 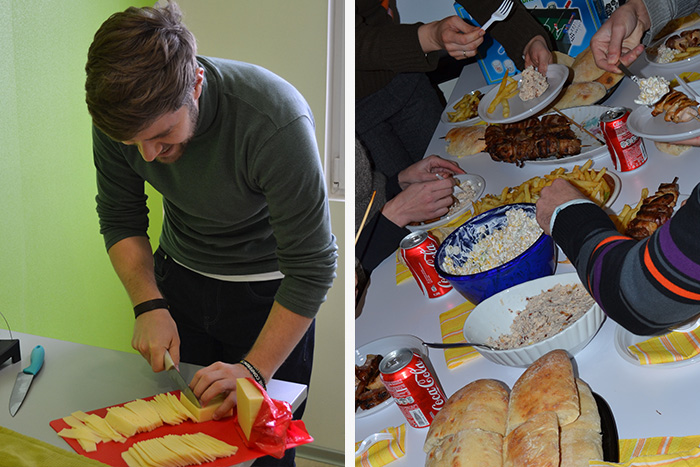 Feeding time a.k.a. lunch a.k.a. the most beloved time of the day, for all Razors is planned with care. There are Skype and FB groups where we discuss who will go outside, what and where should we eat and is that enough (the one common thing that both groups share). Then there comes the first separation of “lunch hunters”: the “more is more” group usually tries to find the next biggest thing to eat. The most recent “invention” is pizza-pljeskavica (two slices of pizza like a sandwich, with a bunch of meat and spices between the slices). The variety of those “inventions”, all the different combinations and the mere quantity always shock me. They almost instantly decide what they will finish their meal with. So, sweets are bought at the same time. They shock each other with their junk food combinations like they’re in a contest where everyone is a winner. They are fearless, they stop at nothing and will not hesitate to call or tell anyone if something is “wrong” with their meal. One time, they called one local pljeskavica place to make a complain – the portion of enormous piece of meat was slightly smaller. After that, it wasn’t, ever again.
The second group of eaters are committed, or trying to be committed, to the healthy lifestyle. There is a variety of salads and pastas and homemade meals on their menu. Pizza is healthy for them, too, so are the sweets. This group (cheaters) plans the dessert part a couple of hours after the lunch. They are fearless with their desserts, they will never stop and quit with their quest of finding new sweets, they always have an amount hidden and stashed somewhere in the office. The “More is more” group usually finds and eats all of that. 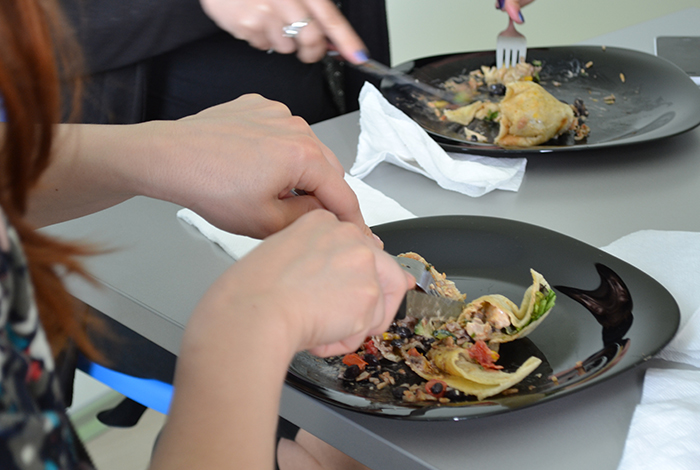 Major rules and regulations about food are simple: 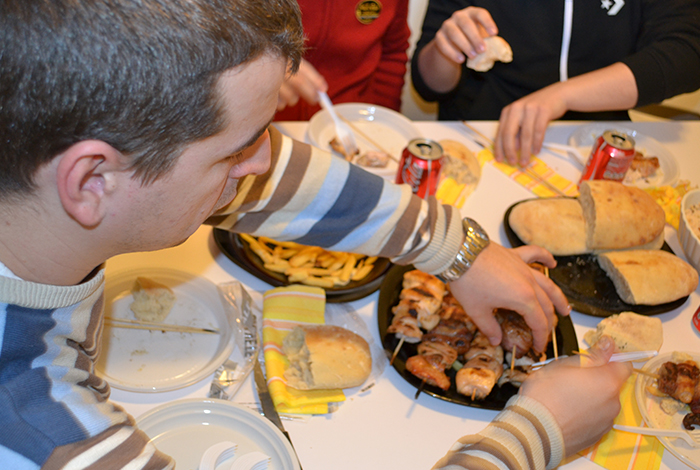 For the major occasions, all the groups are united. We eat together, we laugh, we talk, exchange ideas and have a great time. That is the main deal with the treat – to spend more time with all the people in the office, to really try to get to know them, because in the end they are the people you spend the most time with during the day. So we have to be kind and plan the next treat well. 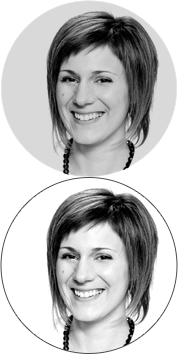