I have always wanted to become philosopher like Johnny Stulic, the biggest Yugoslavian rock star. Famous man with famous talent for writing poems and performing them with giving all of himself. When war loomed over the Balkans he escaped from the country and from his previous life. Refugee soul, former superstar, behind the wheel of taxi, two thousand kilometers away from dead motherland, starts translating Ancient Greek literature to Serbian. Unsatisfied with Serbian versions of Homer’s Iliad and Odyssey, he said that our professors of Greek language do not have sense for poem. When you want to translate essense of poem to foreign language, you need to transform energy and put it between the different cultures. Only the real artist can carry over music through the globe and emit the same amount of positive energy in any part of the world.

Twenty years after, I found the Razor. Crew of one Irishman and fifteen Serbian Lilliputians. No matter how much the chairman was open-minded and drunk-minded, he never really understood what that Gypsies in belgrade’s pubs are singing about. One night, when we were hanging out with team members, I decided to order one tradition song for our Irish guest. Originally called “Becarac”, song about everything and without the end, free style verses with 80% of indirect sexual connotations, was started. After couple of strophes performed by orchestra, air microphone came to my side. That was my turn, and like a good Serbian host, this strophe needed  to be in English. Listen carefully:

“Oh my Franklin why you have a glasses?
With the glasses you can see the asses!” 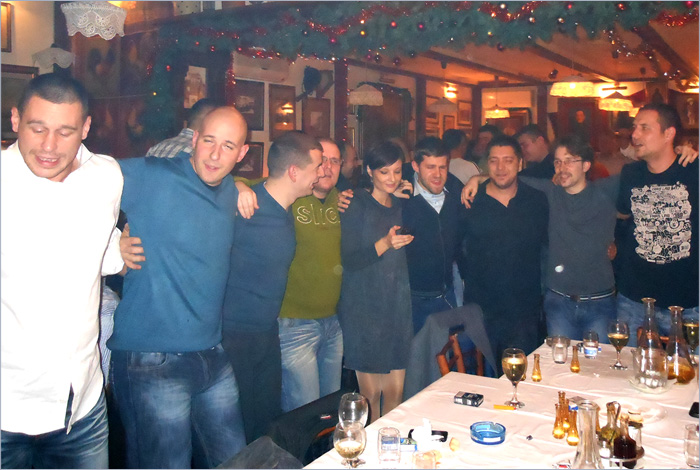 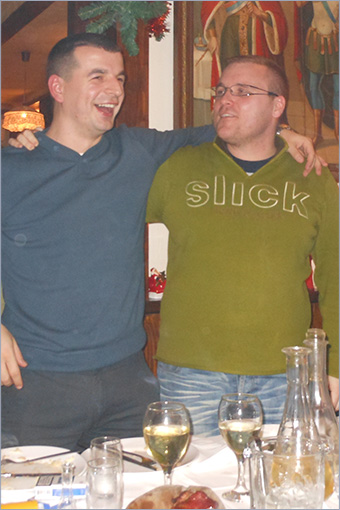 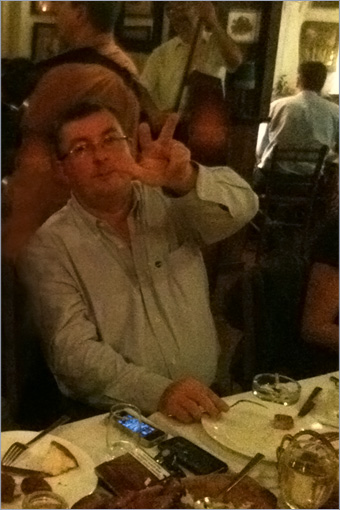 In this verse you can feel traditional Balkan’s humor filled with love, and this is the essence.

After that, nothing was the same. My new talent for philosophical translation of traditional pub’s songs was discovered! My English was finally broke through the barrier of jitters and shakiness. As I never expected, with wine and friends!

I’m thinking of all my English teachers and how there are smiling knowing that their effort has paid off.

I cannot wait for new team building to show my whole repertoire:

1. The pub is my destiny
2. Autumn was crying with me
3. In vain your effort, musicians
4. Somewhere, over the rainbow, where the yellow lemons bloom
5. I’m sick of you my pub – (V. Sljubura ©)
6. First kiss – long forgotten
7. I gave her my picture
8. Still something that makes you remarkable
9. Where are you from my sist’a?